Dj Evolve’s shooting at the club attracted social media uproar a few months ago. Embakasi East MP Babu Owino has revealed that he has been in contact with the DJ’S family. He has also been paying the hospital bills.

Speaking during the interview with Jalango on his YOUTUBE show ‘Bonga na Jalas’ he said that he chooses to forgive himself ,adding that there’s no saint without a past.

”He is a very good friend of mine and let no man judge me”,

Justice Kimaru had previously ruled that he can not be forced to pay the bills, unless he chooses to . The ODM politician confirmed that he paid the bill, which amounted to Ksh.15 million.

DJ EVOLVE was shot in the neck on Thursday, January 16. 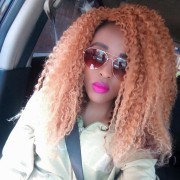 ‘If you maliciously want me out of the industry sorry!’ says Comedian Flaqo